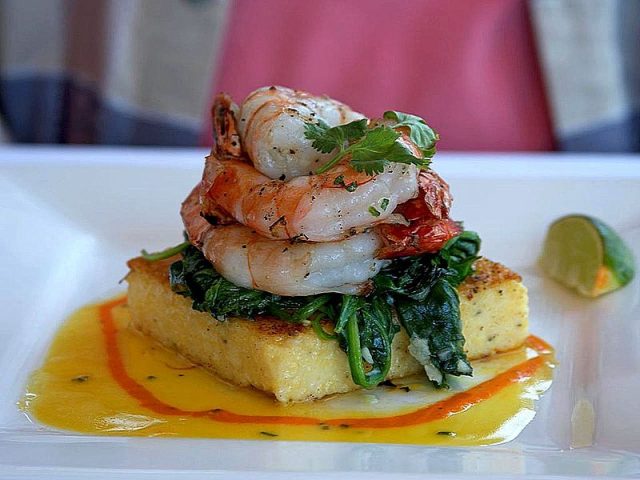 Stay with me now … It was a rough and humble grain mush with the consistency of porridge that powered the legions of the Roman Empire in their Imperial conquests in the centuries before the Christian Era: today, we know it as polenta.

But we don’t really appreciate this ancient and popular northern Italian dish (for which there is even a festival in Piedmont, Italy) because it is rarely prepared in local restaurants.

While households in Lombardy might have a special copper-bottomed pot used exclusively for cooking polenta, the closest we might get is the corn bread at a barbecue joint or a firmer grilled polenta, akin to a potato pave, that forms the starch component.

The basic ingredients of the dish – corn meal, water, perhaps milk or chicken stock, and butter and cheese – require quite a bit of attention and much of an hour of time and technique at the stove. But making polenta at home can be a revelatory experience, both in terms of texture and flavour.

The key is ratio, the mathematics of cooking. Pouring 140 grams of corn meal – a 750 gram package from the grocery store is only a couple of dollars – into 1.2 litres of salted boiling water and stirring until thick produces the base for a creamy rich polenta.

As the corn meal stiffens and begins to pull away from the sides of the pot, season it with salt and pepper, add a tablespoon of butter and a handful of Parimgiano-Reggiano and stir vigorously. It can be the foundation for roasted meat and pan jus or a meal on its own.

With any remaining polenta, spread it onto a sheet pan, cover and refrigerate: the next day you can it into squares, grill it crispy in an oiled pan and top it with some rich Gorgonzola cheese.

The Roman Legionnaires never had it so good.