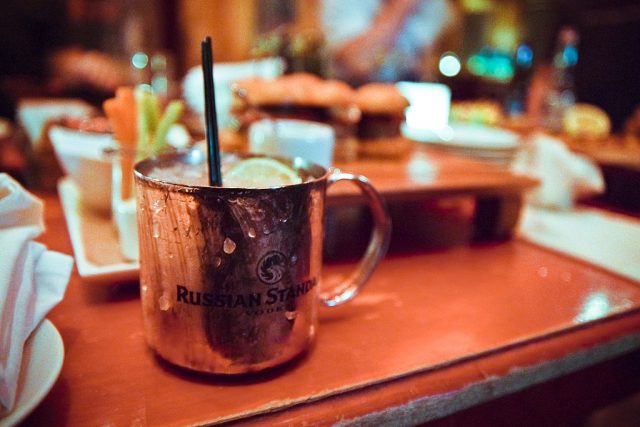 The Moscow Mule isn’t Russian, but the myth behind its name is what gives the cocktail an added layer of flavour.

The drink is New York-inspired and appeared in the early 1940s. The story goes that three gentlemen from the bar industry – a distributor, a ginger beer-maker and a vodka distiller – dreamed up the cocktail together while at the bar in The Chatham Hotel in Manhattan.

They combined a couple of jiggers of vodka with some ginger beer and gave it a squeeze of lime. It’s really a pretty simple creation.

As for the name, vodka has for a very long time been associated with Russia, and some early imbibers of the drink, as they were testing it, thought that the spicy, snappy ginger beer gave the beverage a bit of a kick.

Ergo, the Moscow Mule was born.

Method
Squeeze lime juice into a Moscow Mule mug. Drop in squeezed lime for good measure. Add 2 or 3 ice cubes. Pour in the vodka and fill with cold ginger beer. Serve with a stir stick.

Variation: The Kentucky Mule
An excellent substitution: use 2 oz. bourbon instead of vodka and garnish with a sprig of mint.