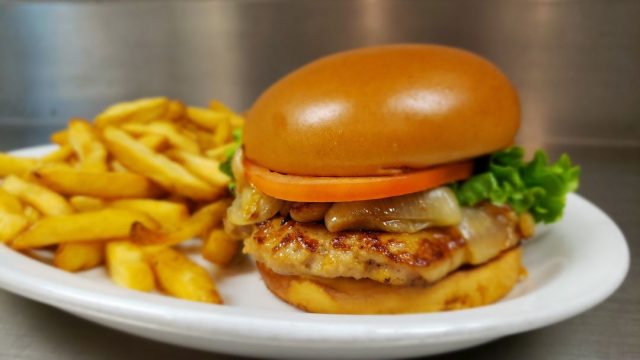 With the blessings of the Marks family, creators of the 1930 Harmony Lunch landmark restaurant in Uptown Waterloo and its famous pork sliders and fried onions, Jack’s Family Restaurant has announced that they will start serving an original-recipe burger May 5.

Kulafi says Jack’s is “honoured” at the chance to continue, after a short interruption, a 90-year legacy that Harry Marks began. “We are humbled that the Marks family and the Stemmler family felt that Jack’s was the best family restaurant to carry on this Waterloo Region tradition. We, as a family business ourselves, do not take that responsibility lightly.”

Was there any sense of timeliness to the announcement? Kulafi says indeed. “We thought now, in the midst of a third wave of a seemingly never-ending pandemic, people need a feel good story.”

He says the Marks family, including Bruce (Harry’s son) before he passed away, visited Jack’s. “He showed us exactly how he made it for years, smashed on a flat-top grill and smothered in fried onions. He and his daughter Cheryl gave us their stamp of approval,” Kulafi says.

Jack’s will fry up the Original Harmony Burger as five-ounces of ground pork made with the original 90-year-old, secret recipe. “Of course, it will be smothered in fried onions,” Kulafi adds.

Kulafi says he’s looking forward to having the historic burger on the Jack’s menu.

“We are excited about launching this burger. It’s been hard to keep the planning a secret, and we can’t wait to start cooking it and serving it to the community.”