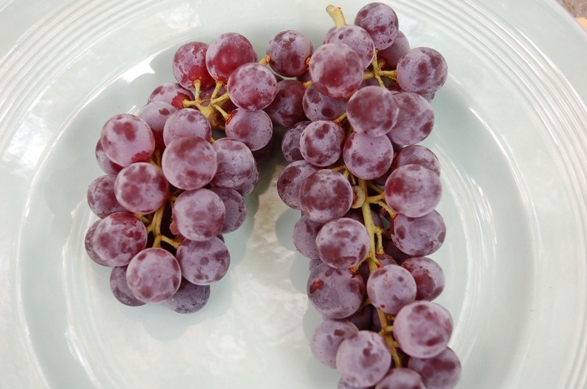 This time of the year, I dive into Concord grapes … but wait! There’s a variety called the Coronation grape that rivals the native-Ontario Concord.

Sovereign Coronation grapes have the same crispness, the same amazing colour, and much the same sweet-tartness as the traditional Concord.

The difference is … Coronation grapes don’t have seeds.

Conceived and originally produced in British Columbia’s Okanagan Valley in the 1970s, the Coronation began appearing more regularly in Niagara a decade or so ago.

A cross between native North American varieties Patricia and Himrod, we can take advantage of the Coronation grape now because it just happens to ripen in late August and bit earlier than other more traditional varieties.

It has a fairly thick skin and a headier taste than most grapes and the fact that it is seedless makes it a great grape for eating and for making jams, jellies, pies, and sauces.

The Coronation grape is indeed regal … but get some soon because they won’t be around once September is gone.