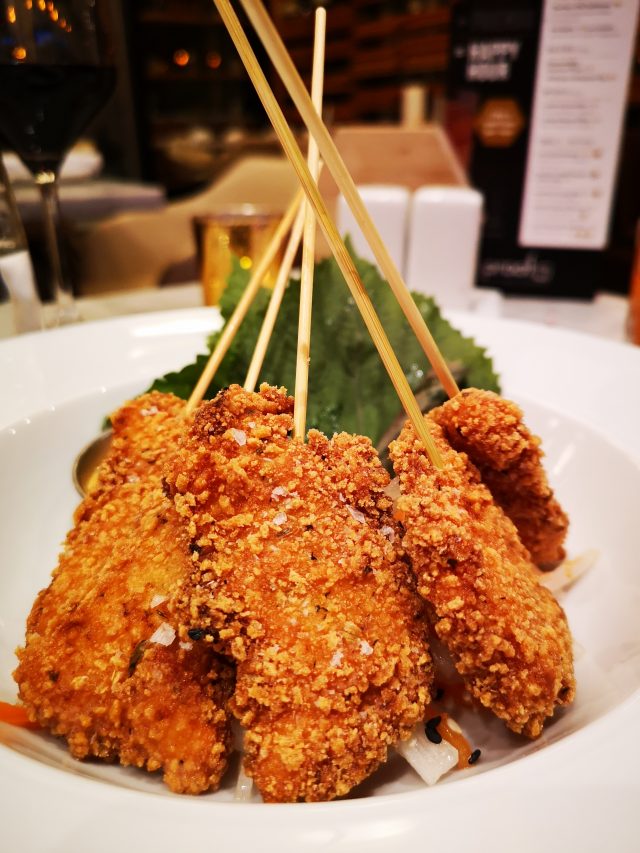 Since July 1, Proof Kitchen and Lounge at the Delta Hotel has been open Wednesday to Sunday from 2 p.m. to 11 p.m. Generally good weather has meant robust patio season, with a view to the flower garden, for the restaurant. They opened inside in mid-July with properly spaced tables in the dining room.

“The indoor dining capacity is much less than pre-Covid, so we are putting plexiglass barriers along the booths to allow for more seating. Among some of new safety measures for staff and guests, we have asked everyone for a brief symptom-screen before entering. That’s staff, guests and vendors,” according to manager Laura Umbrio.

The restaurant is using a stylus on their POS, as well as two-step cleaning and disinfecting protocol that includes timing the disinfect on each table to ensure it reaches the effective use time.

“We have changed our service style to mimic a classic brigade style,” says Umbrio. “This team service with clearly defined roles means the fewest people as possible coming in contact with food or drink items before they get to a table and after they are cleared from a table.”

The menu Proof has evolved from comfort takeout-food to a summer menu, she says. “We’ve added lots of new dishes from a grilled Halloumi with pepper-roasted Ontario strawberries to an amazing Beverly Creek lamb on farro with mint and peas that is the perfect choice for al fresco dining.”

Umbrio says that next up is a transition to opening seven days a week and adding a breakfast grab-and-go.

“We are aiming for mid-September to launch. But as of this week, you can catch our DJ, Marlon, back on the patio on Thursday nights.”

[Previously posted] A first glance of the appetizer menu at Proof reveals eclectic dishes that stand beside the humbler charcuterie and hummus: Humboldt squid and Ontario lamb spiedini (charcoal-grilled skewers, Abruzzo-style) line up beside chicharron and a couple of bao, one vegan.

I’d easily eat any of those. Or all.

However, the cod cheek fritters ($15.95) were my objective. Although they aren’t on the current menu, do try them if and when they reappear.

Regardless, there’s an important business, fishery and sustainability story here to share with you: the idiosyncratic east-coast morsels have an important story behind them, and that’s why I want you to try them too.

The story begins with handlining – fishing that uses one line and one hook hauled up by hand – from just offshore of Fogo Island, Newfoundland. Besides good flavour and good technique in preparation in the kitchen, I believe responsible sourcing of ingredients is important.

This cod comes to us via the Fogo Island Fish Co., a 2015 social venture that was started by Tony Cobb, whose family who were Newfoundland fishers for 250 years and is dedicated to protecting the stewardship cod fishery: they don’t overfish, they pay their fishers a proper wage, and they see that processing is done by Newfoundlanders on the island.

That’s a big difference from the massive factory freezer-trawlers which prowl the globe ripping out tonnes of fish a day, including from our waters, and shipping it elsewhere for processing only to sell it back to us.

The next part of this fish tale is Proof executive chef Jeritt Raney, who has a simple motivation in buying the cod from Fogo Island Fish: he was inspired to create a dish for customers looking for lighter protein and watching what they eat. The cod cheeks fit the bill.

“It’s certainly famous in Newfoundland,” says Raney. “It’s the best fish nugget out there and Ocean Wise certified too.”

He soaks the cheeks for 24 hours in Eby Manor’s Guernsey milk. “It’s almost like buttermilk. They are coated in rice flour and a gluten-free panko-like crumb. They’re deep-fried and come with a harissa-infused kewpie mayo,” Raney says.

The combination of North African chile pepper paste and the colossally popular Japanese mayonnaise which has a distinctive egginess and rice wine vinegar, gives the dish a fusion of flavours from a few cultures – and it works.

(Some larger grocery stores carry kewpie mayo if you wanted to try it at home.) Interesting shiso leaves garnish add a cinnamon flavouring.

A larger piece of Fogo Island cod ($29.95) gives another taste of the potential of this marvellous fish. Cod had an immense impact on the economic development of the east coast, as well as the entire country (the northern cod fishery was shut down in 1992 putting 30,000 people out of work and crushing the economy).

Raney says the cod fillet is a bit more expensive, but he’s found customers have been willing to pay. The preparation is a searing in a simple beurre noisette. “It’s very clean and lets the fish shine,” says Raney.

Cauliflower rice, broccolini and bacon accompany along with a unique “golden latte” sauce made with milk, turmeric, cinnamon, cayenne, black pepper and coconut. “It works as a beautiful accompaniment,” he adds.

Diners’ collective palates and philosophies are evolving, if tallying menu selection can account for that. “It’s been interesting to watch, as we’ve moved ahead with new menus. Between our salmon and Fogo Island cod mains, we’ve sold just as many as all of our steaks combined with just about equal numbers of cod and salmon. People are switching over to the ocean,” Raney says. “That’s fantastic.”

But cod cheeks, that humble bit of fish that are part of The Rock’s very DNA? It wasn’t an expectation that they would be such a successful item, he says.

“When we first put the cheeks on the menu it surprised people, but they’ve become one of our most popular appetizers.”