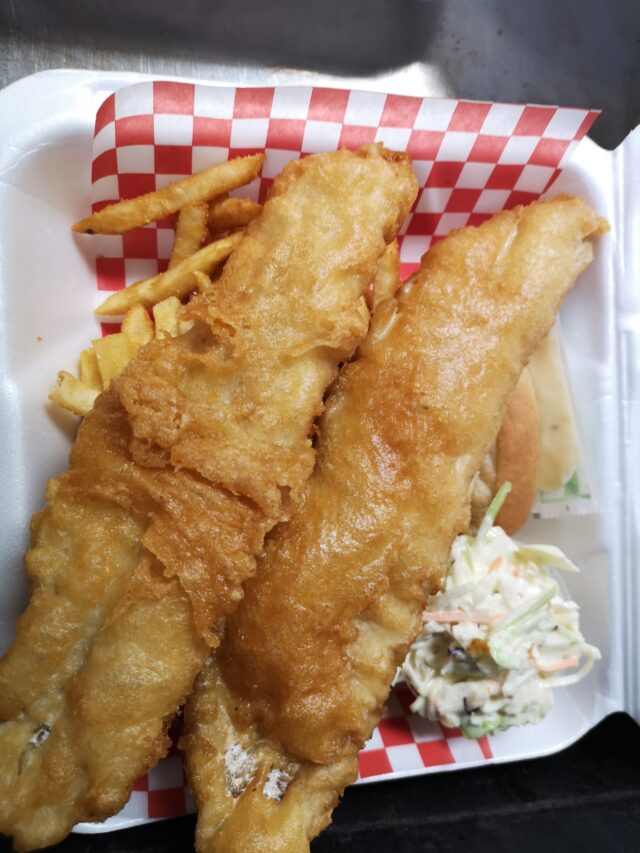 The myth goes that on April 24, 1671, a Friday, maître d’hotel Francois Vatel ran himself through with a sword when he learned the fish delivery would be late for a huge party being thrown for Louis II de Bourbon, Prince de Condé, at Château Chantilly.

While the tradition of eating fish on Fridays remains a serious one in our food culture – and not just on Good Friday – swords do not currently come into play.

When I visited the kitchen at Waterloo’s Knights of Columbus, chef Derek Hines and his crew, Katina Szilvagyi, Josh Cook and Rick Collins, were busy cranking out and serving dozens of fish-and-chips orders; the phone was ringing with more, though the order deadline had passed.

A speed rack beside the deep-fryer is trayed-up with golden-brown haddock transformed by an initial fry waiting to be re-chauffed to crispy and quickly bundled into containers with fries.

The Friday flurry of activity at the venue, located in the Lexington neighbourhood in north-central Waterloo, has been going on for about 25 years.