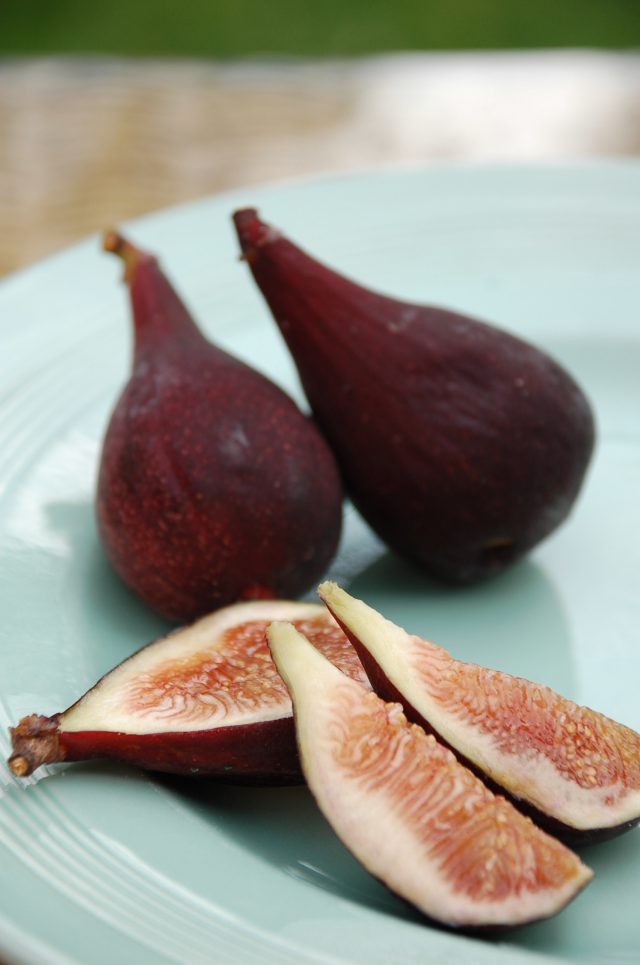 While they seem to be gaining in popularity in specialty food shops and on more restaurant menus, fresh figs are a delicious and nutritious fruit that fly under the radar in comparison to their dried counterparts.

Historically, however, figs have been around for quite some time, and they deserve more of our attention. They were critical to early human survival: the fact that they dry very well, thereby forming a source of preserved and caloric nutrition, made the fig an important food for humans in the Mediterranean and Middle East thousands of years ago. There are records of humans consuming figs dating to 9,000 B.C. and evidence of a fig “industry” in the Tigris and Euphrates area of the world known as Mesopotamia.

Ancient Greek Olympic athletes ate figs as training fuel and were awarded fig-leaf crowns in victory. There is an etymological myth that “sykon,” the Greek word for fig, was used in the context of anyone stealing the best Greek figs: the person reporting the activity – who did so in the hopes of gaining favour with the authorities – was called a “sycophant.”

Millennia later, figs were introduced to, and were growing in, North America when in 1769 Franciscan missionaries planted trees. It’s why we have the popular black-hued “Mission” figs. As for their first wide-scale commercial appearance, Fig Newton cookies came along in 1892.

Here in Waterloo Region, we can eat figs from all over the world. Look for Greek figs by September and end of October, while California figs arrive in the middle to late-summer and year-round they come in from Peru and Israel.

The fig and fig trees are mentioned in Deuteronomy in the Old Testament and Matthew in the New Testament, among other books in the Bible. It is plausible that the so-called “apple” of the Garden of Eden was actually a fig.

Chapter 95 of the Quran is named “Al-Tin,” The Fig, which refers to regions of Palestine and Syria where prophets were raised.

Buddha, it is said, gained enlightenment meditating beneath a species of fig tree.

The tree is also considered sacred by many eastern religions, including Hinduism which calls it the “world tree.”

What is a fig? First, it’s a relative of the mulberry, of which we have plenty here in Waterloo Region. Unusually, fig trees do not produce blossoms, say, like an apple tree. The fig itself is a sort of inverted strawberry: it’s more flower than fruit, with its flesh folded in on itself.

The little seeds inside – called achenes – are actually similar to what you find on the outside of a strawberry. Small wasps called fig wasps enter a pore at the base of the fig to pollinate it. Figs are a rare fruit that will ripen fully on the tree and partially dry there.

As for nutrition, three or four figs have roughly as much fibre as a cup of cooked oatmeal and the amount of calcium that is found in a glass of milk – that’s unusually high for a fruit. They are good substitutes for sweeteners in baking and their moisture content helps keep baked goods soft and delicious. Fig puree can be used in some recipes as a substitute for butter as well.

You can find dried figs at just about any grocery store, usually in tightly packed circular packages, while a number of grocery stores have started carrying fresh figs in flats of a dozen.

Figs, both dry and fresh, are great for snacks on their own, but they also can have other applications in your kitchen, including in salads with fennel, pomegranate and a little bit of arugula. The go well with stronger, firm cheeses too.