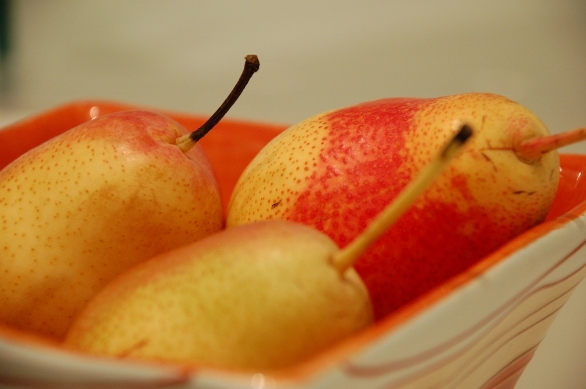 Want to dabble in the kitchen this weekend? While there are still good local apples in supply from the fall, don’t forget its cousin the pear.

According to the French culinary authority Francois de la Varenne, who revolutionized cookery in the 17th century, pears are “the grandfather of the apple” and deserve their due, even if they don’t get a festival like the apple festival we have in Wellesley.

Apple butter is certainly out there — and it’s delicious — pear butter is lesser known and equally delicious, I believe. In fact, because pears don’t store as well as apples and are more fragile, they are quite suited to making into a butter. And it’s simple too.

There are many recipes on the internet; pear butter can be a one-pot preparation with the whiz of a food processor to follow up.

In a big pot, combine a couple pounds of peeled pear slices, a half-cup of apple cider (can’t ignore apples!), and some citrus zest and ginger according to your taste.

Cook these ingredients to a gentle boil and then let them simmer and cook right down for an hour or so before letting them cool. Blitz it all in the food processor and then add a few tablespoons of melted butter, a couple tablespoons of honey and a pinch of salt. Blitz again to incorporate and store in the fridge.