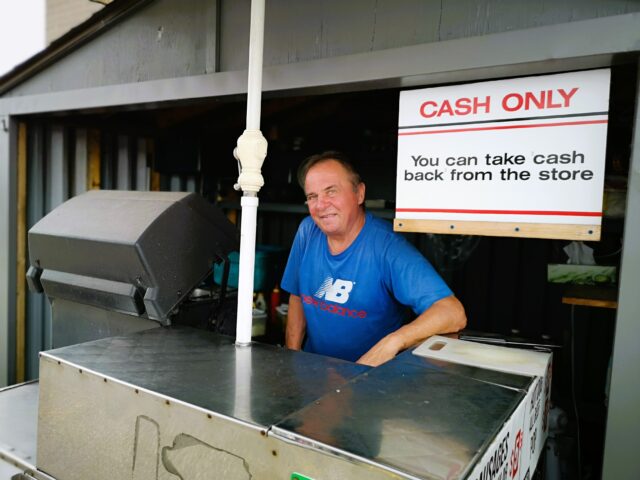 Often called “street meat,” the classic grilled and scored hot dog or sausage-on-a-bun from the silver cart at the curb has seen declining numbers in Waterloo Region over the last several years.

Currently, 12 hot dog carts are licensed in Cambridge, Kitchener and Waterloo, but during the “golden years” there were many more, says Les Halat, who owns a cart at K-W Surplus on Victoria Street in Kitchener and in Waterloo’s Frobisher business area.

Halat has been grilling “tube steaks” for 27 years and says the golden age was 2000-2012. As it did for many businesses, the pandemic has further slowed down slinging dogs, according to Halat.

“It’s probably 40 per cent slower this year,” he says.