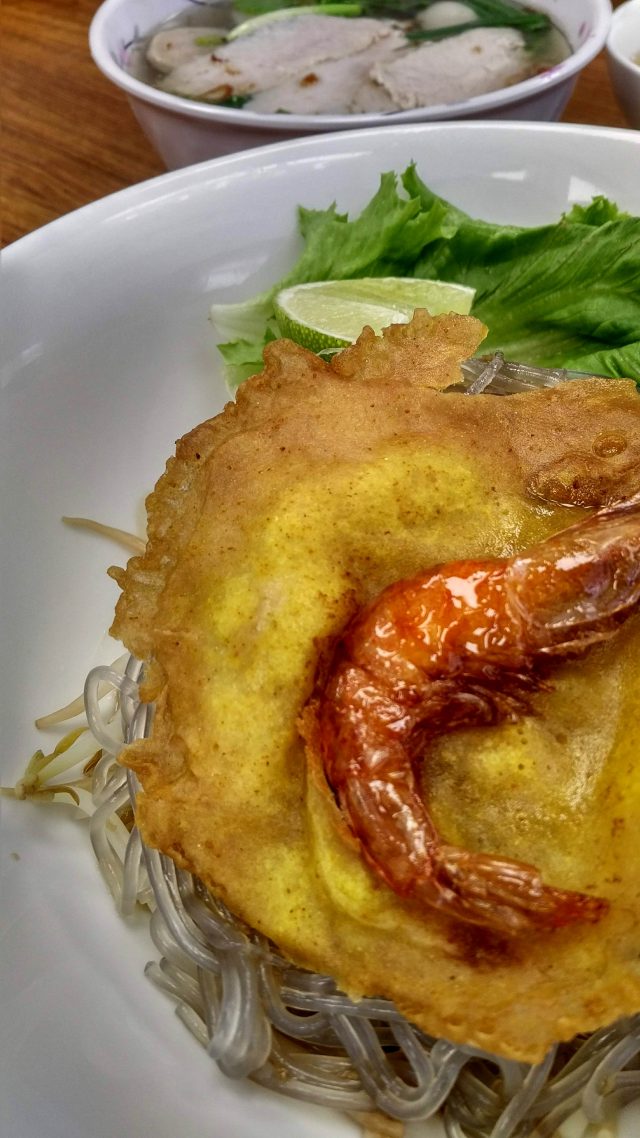 The small, bright venue receives strong reviews from people who visit, for the most part. I’ve had a number of good meals there since it opened a year or so ago.

I visited Pho Viet with restaurateur and food guru, entrepreneur and sustainability maven Thompson Tran of Wooden Boat Food Company — the details of that visit are below, previously published.

Please support these small family businesses as you are able!

That’s the case at the newest entry in the world of pho in Kitchener: Pho Vietnam K&W Vietnamese Restaurant, located, essentially, on Cedar Street even though the address on the menu is noted as King Street.

The restaurant’s residence in the former KW St. Clair Appliance building (where it did business for six decades) puts it, with no little pho coincidence, kitty-corner to where I had my first bowl of pho decades ago. I think it was a Ben Thanh then; today, it’s the Kitchener Market.

The basic dish—broth and rice noodles (banh pho)—has become hugely popular in Cambridge, Kitchener and Waterloo. Pho Vietnam K&W has about two dozen pho variations but several other dishes among its 100 as well.

Inside, the restaurant is bright, clean and stark and perhaps somewhat loud. I like the sleek compactness of the place, which has been open since the summer.

There is seating for only a couple dozen; I’ve not been by the restaurant when there hasn’t been someone eating.

As for the dish named hu tieu my tho, minus the digraphs and diacritics that characterize the Vietnamese language that’s spoken by some 80 million people, the name breaks down into a basic noodle soup from My Tho, which refers to its city of origin, about two hours from Saigon.

The broth in the dish is not the beef broth that is widely popular with the Vietnamese soups available in the region, according to Thompson Tran, a Kitchener-based chef and owner of the Wooden Boat Food Company and with whom I sampled a few dishes.

Rather than rice noodles that characterize a bowl of pho, this dish is prepared with the less familiar—but equally delicious—tapioca starch noodles: they have a transparency and chewiness to them that I adore.

The dish also has mung bean sprouts and a dressing of sugar, fish sauce and what Tran refers to as “golden mountain sauce,” which is similar to the ultra-tasty and rich Maggi soy.

“There is also a fried rice flour and turmeric flatbread with prawn. Head on, of course!” exclaims Tran.

I wouldn’t want it any other way.