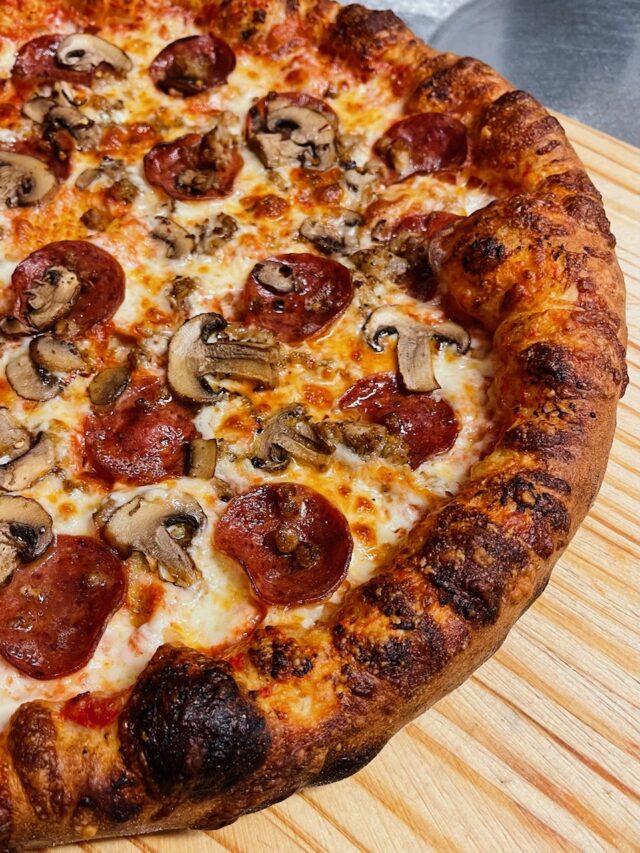 In its profile, a Later Pizza pizza nudges the boundaries of the Brooklyn pizza — a thinner, crispier crust yielding nicely to the libretto fold — and the classic Italian hand-stretched, wood-fired Neapolitan pizza with the puffy, airy cornicione edge and the golden-brown “leoparding” bubbles.

Later Pizza executive chef Nick McGregor calls it a superior pizza; he’s biased, of course, but I agree that it’s a very good pie: the pizza stars have aligned favourably, according to McGregor.

“We’ve found a harmony of quality of ingredients, process, time, effort and dedication,” says McGregor, a veteran cook who worked in Victoria and Ottawa before joining Later Pizza as they started out in Collingwood.

His co-owner partners are Dan Lennox and George Russell with James Barnett and Taylor Bach from here in Waterloo Region.