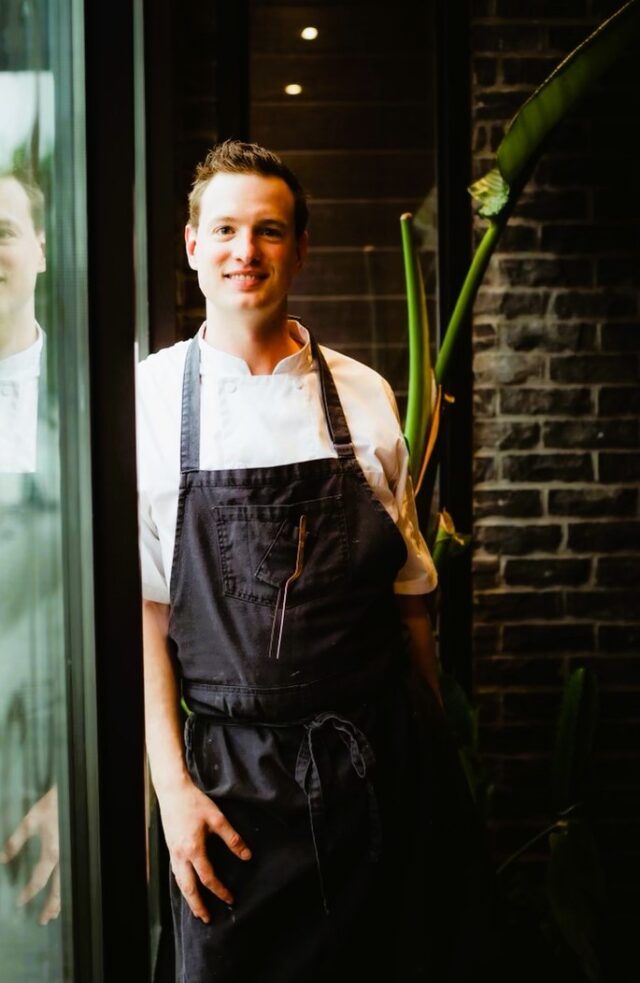 What began as a quaint charcuterie-and-tapas restaurant on Kitchener’s Lancaster Avenue in 2013 evolved into a chic, urban fine-dining space in Uptown Waterloo in 2018: S&V Uptown focusses on culinary, wine and cocktail experiences that are inventive and locally based.

London Ontario-born Kris Simmons is S&V head chef. A Waterloo resident, Simmons, 28, graduated from the Stratford Chefs School in 2014 and has spent his young career cooking at various restaurants in southwestern Ontario including JLB in Belmont Village and a stint at the Elora Mill.

Notably, he has also worked closely with such gifted chefs and culinary mentors as Jason Bangerter of Langdon Hall and Jonathan Gushue of The Bruce Hotel in Stratford.

What brought you to Waterloo Region?
I was very interested in working at Langdon Hall with Jason Bangerter. I was there for three years and left as senior chef de partie. It was crazy busy but such a lot of fun and lots learned. I also did a stage at The Berlin with Gushue when he opened it in downtown Kitchener.