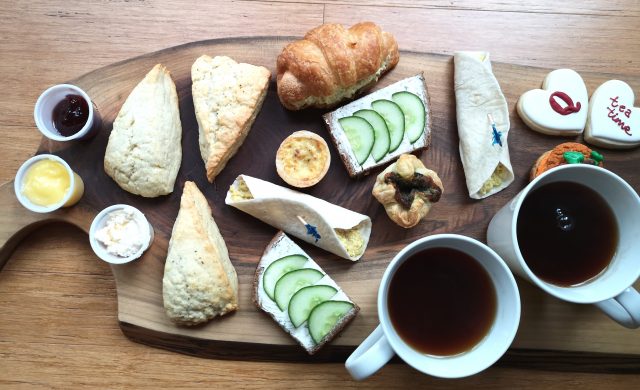 Pinky extended or not, a humble “cuppa” has long been a noted British tradition, and sipping tea is indeed a moment for a reflective pause and a few deep breaths.

In an era that has seen too much divisiveness, I’m reluctant to partition people as either coffee lovers or tea lovers, but Alyshia Bestard, owner of Queen of Hearts Coffee & Tea House in Kitchener, is decidedly in the latter camp.

“Tea is something I’ve done since I was a child,” says the St. Marys, Ontario, native. “There was a tea room just outside of town called the Country Spire, in an old church. And I’ve just kept doing it, including teas in different countries overseas.”

The experience, as she calls it, has an element of nostalgia, but afternoon tea made a serious impression on the University of Waterloo graduate. So inspired, she set about creating her own tea house, she says …

Learn more about Queen of Hearts in this earlier column at Waterloo Chronicle.