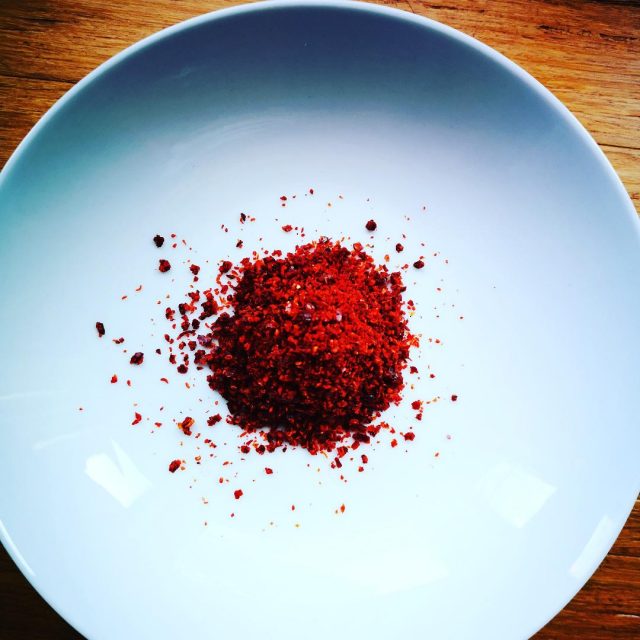 In recognizing that is it Ramadan, I thought I’d take a look back at harissa, a spice found widely in Middle East cookery.

There are several locations where you can find harissa in Waterloo Region. It’s a delicious and important condiment that has an interesting food history that flies under the radar.

Hailing from the Maghreb -— the northwest of Africa along the Mediterranean -— harissa is a special favourite in Tunisia. The chiles likely came to Maghrebian cuisine by way of Spanish conquistadors to North and Central America — before they occupied Tunisia in the mid-1500s and after having been in the New World. It’s likely harissa got its start in Tunisia and Algeria at about this time.

The spicing is not particularly hot in terms of the Scoville scale and the ingredient may even be added to breakfast dishes in northern Africa.

In terms of local retailers, harissa can be found at food stores such as Ammar Halal Butcher Shop on Lancaster Avenue and Oma Fresh Foods (formerly Kishki World Foods) on Highland Road. It’s also available at Vincenzo’s in Waterloo, as “Harissa du Cap Bon El Manara de Djerba,” and makes a welcome appearance on a few menus in area restaurants too.

In the past, for example, while they didn’t serve it at breakfast, Martini’s in Kitchener once had harissa on the dinner menu in the crispy duck salad that is prepared with arugula, celery, cashew, citrus vinaigrette, fresh ricotta, figs and dried fruit.