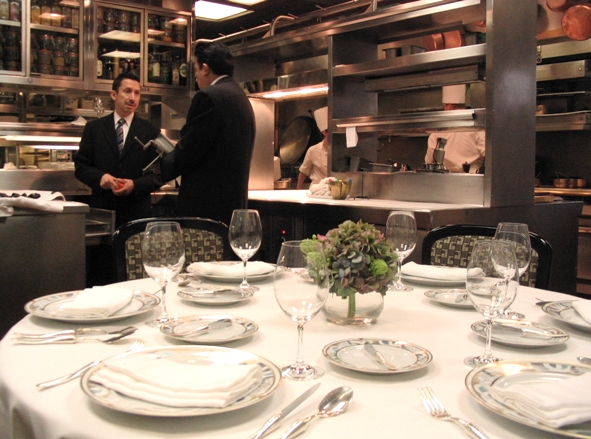 Like you, I’m weary of what I call the “Covid Enclosure Movement.” I’ve anointed it with an historical name in hopes that it will seem more distant and in the past. But it’s not distant at all, of course.

Like the historical agrarian movement that kicked farmers off shared, communal lands centuries ago in England, we’ve been kicked out of public and private spaces, those spaces we used to routinely occupy, as we follow edicts to shelter-in-place to rid ourselves of the novel coronavirus.

It seems like it’s working, but it’s going to be a very long time. And things will not be “normal” again.

Like you, I’m tired of being housebound except for getting a breath of fresh air around my downtown Kitchener neighbourhood with the dog.

Like you, I miss doing the things that I used to do: visiting coffee shops, going out for beer or a glass of wine, browsing food shops and roaming the Kitchener Market, cooking for friends, spending mornings, afternoons or evenings in restaurants.

On the rare occasions when I do venture out once every eight or nine days — and on some pretty uninspired grocery-store trips — I try to head down King Street, from Kitchener to Waterloo.

I take stock of the quiet and admit to some Walter Mitty-ism. My imagination runs off when I imagine the scenarios and try to pretend that this isn’t really happening. But it is.

The cityscape is muted and solemn: the streets are deserted. I slowly drive past restaurants and stores like Golden Hearth Bakery, Izna, Mark’s Caribbean, The Rich Uncle and La Cucina as I head out of the west end. These were places I used to go regularly.

I look inside these restaurants as I drive past. Dark.

It’s then past Monigram Coffee and the little Korean grocery store in the plaza where I bought some gochujang and my ceramic bibimbap bowl in midtown; a couple kilometers past that it’s The Bauer Kitchen and Vincenzo’s, once bustling, busy places.

It’s then through Uptown past Beertown and one of my favourite old-school venues for dim sum, Crystal Palace. Then it’s Taco Farm and White Rabbit, and I give an imaginary wave to Glenn and the empty Ethel’s. Last year, brave souls would have been sitting on the patio in the still-cool early spring weather, urging on summer.

These, and many other venues — like Crafty Ramen and the Grand Trunk Saloon where I ordered a contactless delivery of their fried chicken and a couple of beers — were the places that gave the city centres their buzz, that gave the downtown their heart.

The quiet now is eerie. No, that’s not right: eerie is something you can actually experience, say at a small lake surrounded by dark trees at night and a gloomy little fog creeps along the still water to meet you at the shore. This is surreal.

I’m not going to crystal ball the surreal nature of the circumstances: I don’t know when this will end. I do think, however, that the restaurant industry, the food and beverage and hospitality industry, is going to look very different when this is over.

Restaurants will come back, but many probably won’t. Those that do come back will have to operate in a very different way than they were operating in February, 2020.

I’ve talked to several restaurateurs. One told me he’s striving to only lose $10,000 a week. I’ve seen restaurants start doing only take-out, then shut down; I’ve seen restaurants that have been closed suddenly open only for curbside pickup hoping to stanch the bleeding. One popular venue shuttered up forever when the landlord refused to give him a break.

There will be a lot more stories like these.

Ultimately, what kind of restaurants survive and what they will look like is up in the air. One question I have is how could they ever go back to the way they were? It’s apparent that it’s not really possible for a restaurant to survive on a three or five percent profit: and that’s what they’ve been doing for a good long time now. The lockdown has made that quite apparent.

In some instances, the chickens have come home to roost on a larger scale. With that little money that can barely keep them afloat much past 30 days, restaurants haven’t had much, if any, safety for a rainy day; no reserves built up in savings to protect the business.

Restaurants teeter on a very thin edge. It comes down to us — customers — who give restaurants money on Friday and Saturday night. The restaurant then takes that money to the bank on Monday so that they can meet payroll on Tuesday. There’s not much left over to put back into the business or to build up a “pandemic enclosure reserve.”

Things were teetering pre-Covid: profit margins of a mere few percentage points are downright silly. Restaurants always face increasing costs from rent to utilities to food costs to labour costs: they can’t do very much about controlling those costs.

If they can’t reduce those expenses, the only way they can make more money is to raise prices on menus — quite a bit. But they are reluctant to do that because they know we won’t pay.

So, we have to pay if we want to have a good range of restaurants in our communities. Pre-Covid wasn’t sustainable: wages for staff were very low — there are very rarely benefits; tips generally aren’t enough — and costs for food, rent and utilities were too high for restaurants to do much more than scrape by.

Consider the workers too: think about them now as essential. We’ve seen the lowest paid line cook and dishwasher suddenly become tremendously important as they work in stressful conditions so that we can do curbside pickup. Are we going to go back to forgetting about these workers when this is over? I hope not.

Simply put, as customers, patrons and fans of good food and hospitality, we’ve treated our restaurant scene in a rather cavalier way; we’ve taken it for granted that it would always be there, in all of its variety, when we wanted it.

We scoff if prices go up a bit, and increased prices are the only mechanism a restaurant has to give itself some security, though they have been reluctant to implement it.

We’re responsible for the race-to-the-bottom when it comes to the prices that have dragged restaurants along against their will.

If it happens, the re-set, in no little way, will and should impact our desire for cheap food. We will have restaurants back in our communities: there likely won’t be as many, and many might look different.

As it currently is, most restaurateurs will agree that this system is just not sustainable and some sort of re-set is coming, across all sectors of our society. What will it be? I don’t know. But if all we care about is cheap food, we have to accept responsibility for a shrinking industry that will continue to struggle.

We can only shelter-in-place for so long. We’re all eager to get out and grab a good burger and cold pint at our favourite busy, robust and crowded burger joint or bar.

But in the new normal, will we be willing to pay a price that lifts restaurants past the point of teetering on the edge of being able to survive and grow?