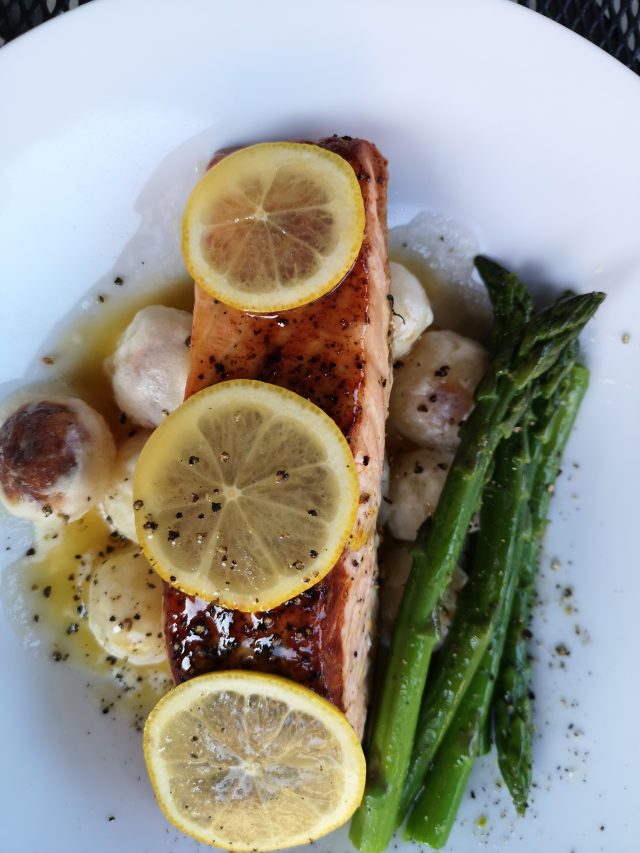 Update:
Pirooz Jafari and Elixir Bistro have moved to brand new digs on Belmont Village Food Avenue in Kitchener. It was a tough go for the restaurant in downtown Galt, where he faced a number of obstacles to running a successful business.

[Previously published. Please check with Elixir for dish availability and hours of opening.]
He’s been a stalwart in a tough industry where margins are thin, customers fickle, costs always on the increase and central downtown cores in a seeming Sisyphean struggle, but Pirooz Jafari of Elixir Bistro still loves to cook.

You have to recognize Jafari for his energy and dogged determination, as well his occasional verbal barbs tossed at city burghers and property owners, alike. I like that bit of chutzpah.

On the one hand, he identifies that a number of independent restaurants are for sale in the region and that some of his recent customers ordered appetizers as their mains or asked to share a dish; on the other, he points out that a national chain steakhouse in the city will serve over 800 customers in that same weekend.

Such are the vagaries of the industry – yet Jafari soldiers on.

He’s been plying his craft in area for nearly 16 years now, and I first wrote about him as long ago as that when he was located in downtown Galt.

I don’t think he’s really changed his outlook much since then: he still works hard to stay in the fight. I imagine he will do so now at the new restaurant.

And he does that – by himself – on six burners and with a small cold side (on which his prep is also done), in a very small kitchen space: just enough for one cook to turn around in. It’s tight space but Jafari makes it work.

“It’s the smallest kitchen I have ever worked in. It takes a lot of organization,” he says of the old Galt location.

The space, however, served him well during a good run in the early days of the pandemic shut-down and takeout-only for restaurants, during which did everything. “I did cooking, dishwashing, shopping,” he explains. “But I did really well. No labour costs.”

Jafari, 62, has been behind the stove for over 30 years. He’s what I would call an idiosyncratic cook; he likes to mash up flavours and ingredients and blend styles and techniques from many places in the world.

When I first visited, Elixir was Italian-influenced, Jafari having arrived from Toronto where he had two restaurants near University of Toronto.

But his anchor is classical French technique – he draws on that not as any sort of homage or with any sense of nostalgia or even playful irony – I think it’s because he loves the flavours and respects the cuisine. He just loves food.

Elixir’s patio and takeout menu change with some regularity (the dining room is open with current pandemic rules). Historically, menus are rich in some of those classics: recently Parisienne potatoes, Mornay sauce and beurre blanc; few places serve escargot, and Elixir’s are sautéed with mushrooms, grapes, garlic and butter.

He says his scallops with a white wine-cream sauce are the most popular item on the current menu.

Otherwise, Jafari loves big, hearty dishes like boeuf Bourguignonne and coq au vin (and so do I): he gets excited when he talks about them. Add to those his duck confit and bouillabaisse (with saffron), two other definitive French dishes.

But elsewhere on the menu is shrimp with coconut milk, mango, toasted chilies and ginger. He likes basmati rice and pulls in his Iranian background (he was born in Lorestan Province in western Iran) to hit it with a dose of saffron. Proteins might get a bit of pomegranate.

He believes in – and works hard at getting the proper balance for – large portions of food for a reasonable price: an earlier pan-seared salmon was eight-ounces with the potatoes, Mornay sauce and some perfectly cooked asparagus. It was $26 and more than enough for one person.

Reflecting on this point in his career, Jafari says he still wants to do more cooking until he’s at a stage he’s happy with. “There’s still some things I want to do yet,” he says, including looking for a possible new location for Elixir.

“We have a good night and we’re busy, I still get excited to cook.”