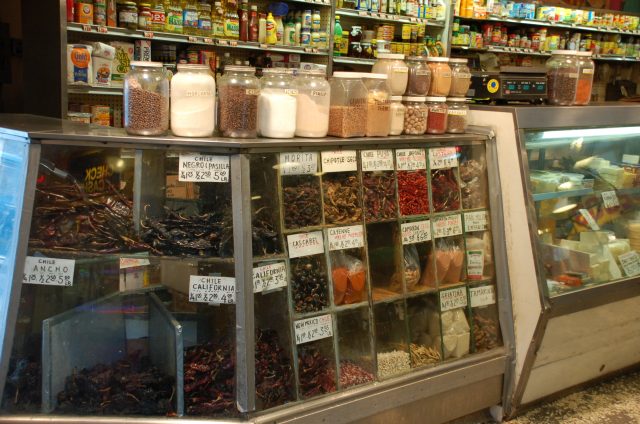 Add some heat to your cooking with hot peppers. But how much is too much heat?

The question is a tough one to answer, especially given that personal preference and basic physiology differ widely from person to person: some folks can take the heat; others have to get out of the kitchen.

Red, green, yellow and orange peppers – what we might call sweet or bell peppers, which are actually fruits – are known as “capsicum annum,” and include colours such as brownish, lavender and white-and-purple variegated.

These varieties are not hot; however, their chile pepper cousins can be dangerously spicy.

The measurement used to rate pepper heat, what is known somewhat benignly as its “pungency,” is called the Scoville Scale, a ratings technique invented by chemist Wilbur Scoville in 1912 and signified by Scoville Heat Units (SHU).

More practical for our use is the visual cue to a pepper’s heat: its size. The smaller the chile pepper, the hotter it generally will be.

For example, a green bell pepper (a red bell pepper is just a ripe green pepper) has a Scoville rating of zero SHU, while we usually see cayenne pepper (up to 30,000 SHU) in its ground form. It is a quintessential spice and seasoning for Cajun dishes and foods of the U.S. south.

But a much smaller habanero pepper clocks in at about 325,000 SHU, and at the very hottest end, the Carolina Reaper pepper sits at over 1,000,000 SHU. That’s very painful and could even be lethal.

The plump and popular jalapeño (which just loves to be stuffed with a cream cheese mixture, breaded and deep-fried) is a relatively mild pepper at about 7,000 SHU: it is versatile and can be added to salads, put on burgers and is great pickled. When it is smoked and dried, it is known as a chipotle pepper.

For the most part – and to only a slight degree – the heat of a chile pepper such as a jalapeño can be reduced by removing the seeds during preparation. However, it is still wise to use gloves when preparing even this type of pepper – and certainly keep your fingers away from your eyes after handling it!